Damn. This video kills with cuteness.

Crap from the PAST!!!

Man, it's amazing the stuff you can find surfing around the internet. Recently I found this; a promo from the late 80's for KLJB TV in Davenport Iowa - the station where I used to work when I was just out of college. I had nothing to do with this promo, other than getting called into the studio to appear on camera for a few moments. Moments that have since scarred me. 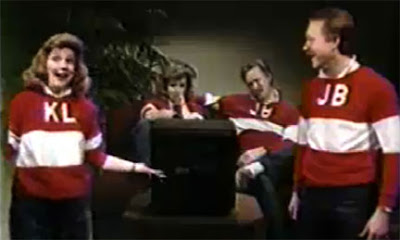 KL & JB attempt to tell local viewers how great KLJB is!
And have out-of-body experiences while doing so.
Don't get me wrong, I love local television with its cheesy commercials, promos, newscasts, and poorly produced programs. 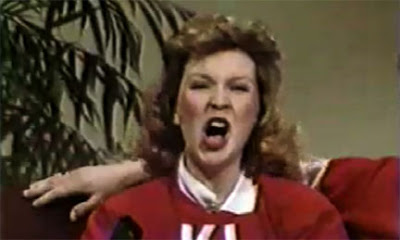 KL sings her heart out, it was either that...
or scream in horror at what she was doing.
Cheesy local television is mostly a thing of a past now, but the crappy, stupid content that local television stations used to churn out is somehow charming in its naive dumbness. 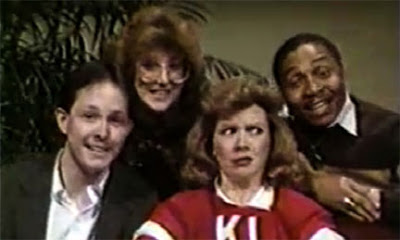 The reality sinks in...
(Yes, that's me on the left.)
I'm proud of the years I worked at KLJB producing crappy local television... made with lots of hard earnest work and love. Man, do I miss it. 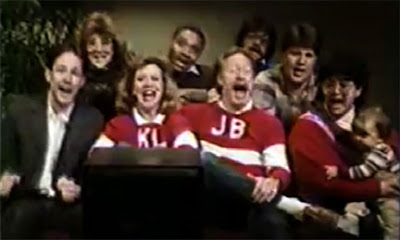 Drunk Midwesterners having a good ol' fashioned yodel-off!
At some point I'll post some of the terrible local TV ads I wrote and produced way back then. But for now, I wanted to share this station promo that I found. 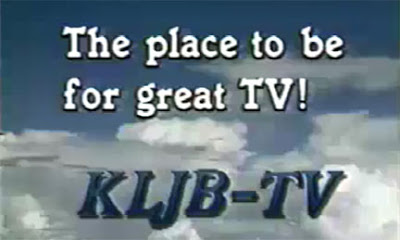 Oh we thought so back then... but you know what...
at the time, KLJB was a place for great TV.
The video below speaks for itself...

Damn! I love everything about this. Props to Brian for turning me onto it.

Lollipop Video
Posted by Tom at 1:03 AM 3 comments: