So I got married... but I'm getting ahead of myself.

Oh crap! I didn't realize I'd have to wear a dress for this!

Actually the pic above is me wearing Emily's bachelorette party veil-thingy. She thought it'd make for a "cute picture". So much for that theory.

A lot has happened in the past couple of months since my last post... I'll give a quick over-view and try to catch things up...

Like I said, I got married, back on February 22nd. So as the date approached there was a bachelor party that began at the Santa Anita Race track...

By the end of my bachelor party I was drinking wine with these two weirdos. And I thought there'd be strippers.

Next, I bought a funky hat for the wedding trip... 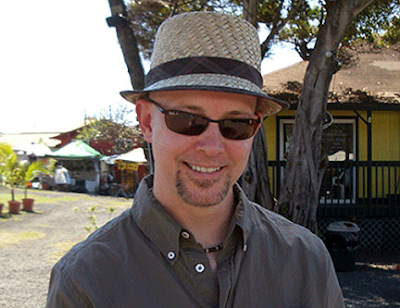 Gee, nobody would ever beat me up for wearing this.

Emily and I flew to Hawaii (the Island of Kaua'i)...

This shore is nice!
We had a BBQ on the beach with family and friends the day before the wedding... 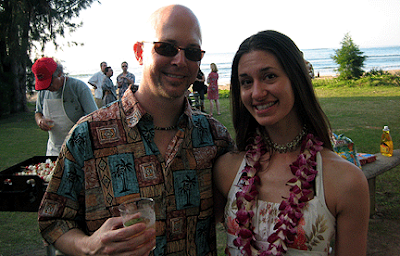 My 6th Mai Tai and counting...

I put on a white suit and stared into the sun...

This suit is operating at 10,000 watts. Guess where I keep the batteries. 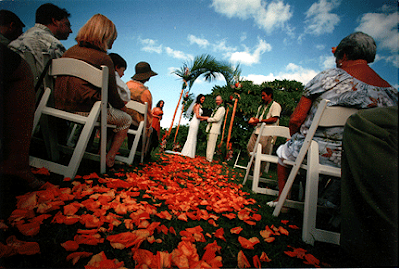 It looks like Tigger exploded... I'm not cleaning it up.

So, once I've cracked all your knuckles, that means we're married?

And that was it... before we knew it... the wedding was over. 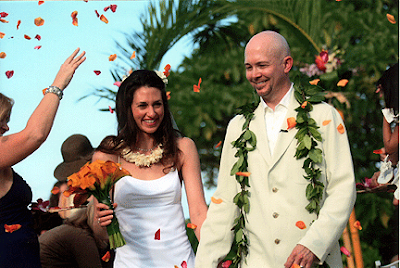 There's no chance any of this could attract bees, ya' think?

The next day a bunch of us went on a short hike up the Na Pali Coast...

We were forced to eat half the group just to stay alive.
The little boy was delicious!
Emily and I flew to the Big Island for a week-long honeymoon. It wasn't quite what we expected... 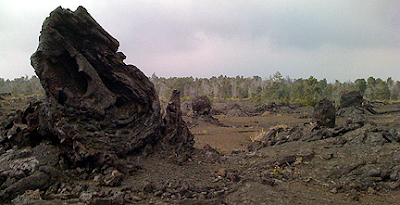 This must be what the Mars Rover felt like when it landed.

Lots of lava rock. Not the lush, tropical paradise we were expecting. It was still quite beautiful though... in a weird "driving through the desert from LA to Las Vegas" sorta' way.

So, we went to the other side of the Big Island and found more lava rock, but also TIKIS! 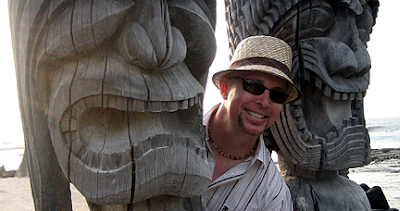 We came back to the mainland. Both of us had colds for nearly 3 weeks. Stupid Tiki curse.

Once home, I got back to really important matters... like discovering how great the new Doctor Who is!

Season 4 is about to start, I can't wait! I'm a geek, so what?
I also got back to work on the project I've been working on that's an Italian/French/American co-production, and it's been nothing but impossible deadlines and ridiculously frustrating notes from the Europeans. So we just had to leave town and headed up to Big Bear for the weekend, and it snowed! 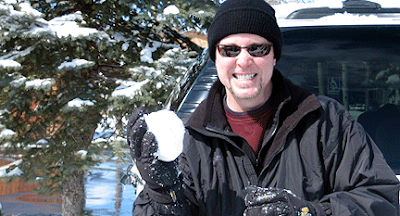 Think of it as a snow-cone, without the cone,
delivered at deliciously high velocity.
It's so yummy it'll hurt. 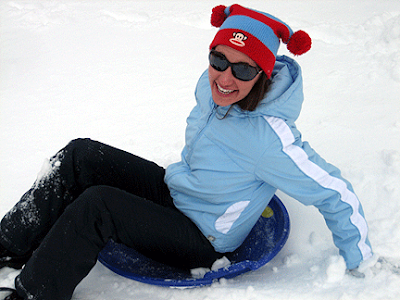 Yes! I can withstand anything nature throws at me
so long as I have my blue butt-shield!

We even built a snowman...

So, um... can you tell that these are plugs?

Then this past weekend we planted a lime tree--- I'm tired of having to go to the store for limes to put in my Corona's and mai tais. Once this baby takes root, it'll be limes all the time! 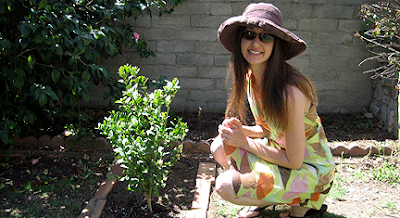 And like everyone does on Easter Sunday we ended up at the Santa Anita Race Track... but this time I had my hat. 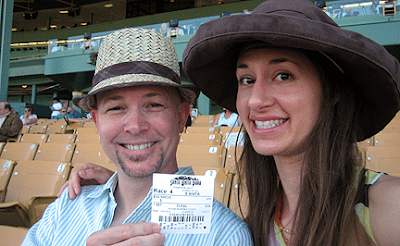 This ticket ain't even worth the $20 I paid for it... rotten losing horse.
So that's the hap on all that's been goin' on the past couple of months and the reason for my lack of updates. My late New Years resolution is to try to keep this post more current--- like once a week. But I make no guarantees.